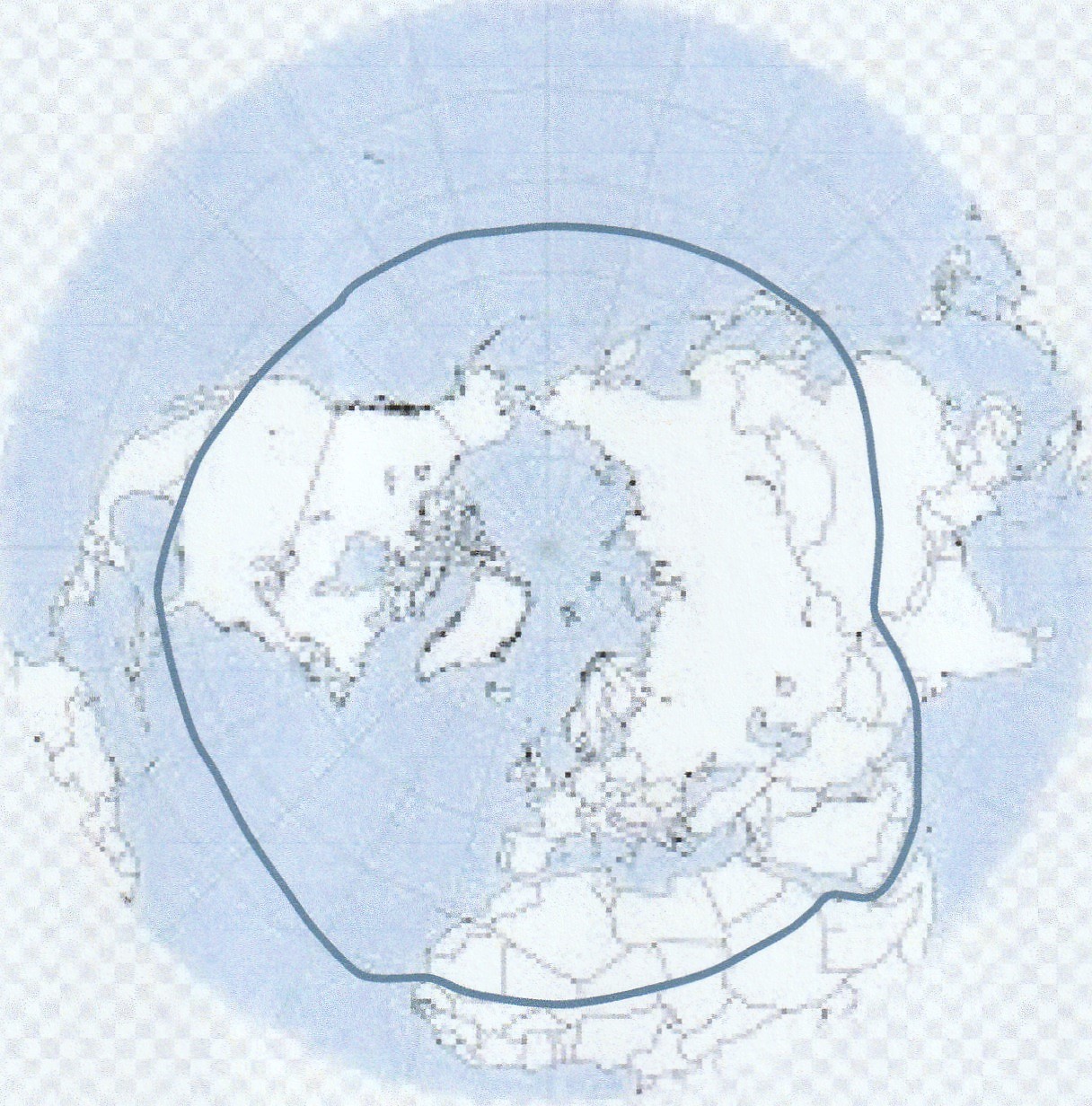 The bird species of Avionary are those occurring in the dynamic “Avionarctic” region, which now largely, but not exactly, coincides with the conventionally defined Holarctic zoogeographic region. The current Avionarctic region extends somewhat more to the south on the “Afro-Atlantic” half (90°W – 0° – 90°E), and somewhat less on the “Sino-Pacific” half (90°E – 180° – 90°W), compared to the Holarctic region. The Avionarctic area of Avionary 4.3 is roughly delineated by the blue line on the globe above.

Starting south of the Cape Verde Islands eastward, the southern limit of the Avionarctic region runs roughly along the 16°N latitude line, to include most of Mauritania, and the northern arid parts of Mali to Sudan, and then south of the Arabian peninsula, through the Arabian Sea, Pakistan and Kashmir. From there, roughly the 32°N latitude line is followed, to include most of Tibet, the northern part of China, Korea and most of Japan, and then across the Pacific to arrive in California. Mainland United States isincluded entirely, and the southern limit of the Avionarctic region crosses the Atlantic south of Florida to the Cape Verde Islands.

Species that only have a single or even a disputed record in the region are also included, as well as some species which have no recorded occurrence (yet) in the region, but which are taxonomically or linguistically closely related to species from the region. Some selected families are extended to the Holarctic plus Africa, or even to the whole world. Details can be found in the Species Lists.

The regions of the world where a species regularly occurs are presented indicatively under the heading “Geo”, as follows:

rWP:           Rare to more regular visitors to the Western Palaearctic

CPal:          Central Palaearctic: Western and Central Siberia, Turkestan, Iran, Afghanistan, most of Pakistan; when both WPal and EPal are covered, CPal is not mentioned

Arab:          Arabian peninsula; when the species occurs both in Afr and CPal, Arab is not mentioned

CAm:          Middle America: from North-Central Mexico to Panama, Caribbean; when both NAm en SAm are included, CAm is not mentioned